In October 2017, Barnard Propulsion Systems announced the available of a thrust-vectoring system for mid-power motors (24 and 29mm). So I had to try it out, and of course the obvious thing was to model a modern finless rocket.

The BPS system is designed to fit 3" Apogee tubes, which set the diameter of the model. It's also limited to mid-power motors, which set a weight limit. Since I wanted to model the Falcon 9, that also set the scale as 1:48 (about 2%) since the dragon main body is 3.66m in diameter.

Below is a drawing of the V1.1 and V1.2 configurations. I decided to model the V1.2 (block 3), which is the second from the right. 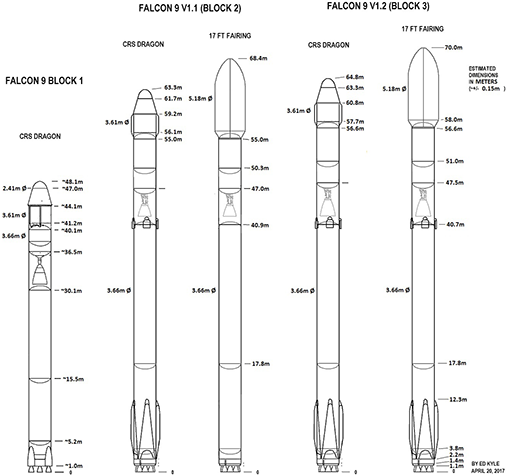 The Dragon capsule was more interesting than the fairing version and this more complex shape can be 3D printed. This makes the 2% model about 52" tall (ignoring the aft nozzles).

Jamie Clay put his design skills and Prusa 3D printer to work and made legs and grid fins, as well as the Dragon capsule for me: 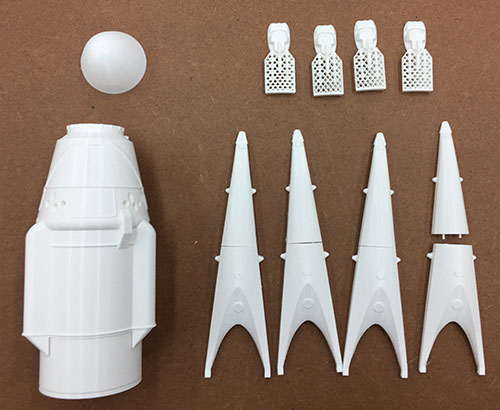 The legs will be cosmetic, although Jamie has some ideas for making them flip down on landing. So this is turning out to be a 3D-printed tour de force (everything except the body tube itself).